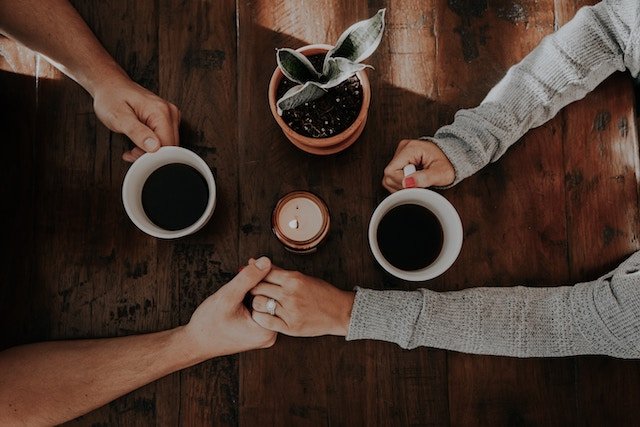 A lot of couples will get married and live in “marital bliss” for quite sometime… but what happens when the fairytale starts to fade away and reality starts to set in? The reality setting in is when married couples start to question if they married the right person. Yes, you want to be sure you married someone you’re compatible with but in marriage, it’s not so much about marrying the right person but more so about doing the right things with the person you married.

According to the Centers for Disease Control and Prevention (CDC), the divorce and annulment rate from 2016 to 2017 had increased but millennials are now changing that statistic on a downward trend by getting married and staying married. Those statistics from the CDC are alarming but it also makes you wonder what happened in the marriage? What happened that was so terrible that the only resort is to leave the person you vowed to spend the rest of your life with?

Why Is Your Marriage Failing and How Can You Save It?

Finding out why your marriage is failing is the key to salvaging it. Sometimes pinpointing exactly what’s going wrong in the marriage isn’t as easy to detect as one would think. Sometimes the issues aren’t the big ones like infidelity or finances… sometimes they’re smaller issues that have built up over the years and turned into big issues. Whatever the issue or issues may be, rest assured that there are ways to solving your marital problems… you just first need to understand what they are.

The Marriage Has Become Boring and Monotonous

If “routine” is the problem that has become an issue in your marriage, you can breathe easy because there are definitely ways to solve that issue. You just need to start back doing the things that you both used to enjoy. It’s, of course, easier said than done but the key would be to communicate this with your partner; tell them you’re feeling like the marriage needs some spice!

You’re Suffocating Each Other

In marriage, you’re taking two individuals to form one marital unit. Yes, that’s true but you two are still two separate individuals as well. When couples get married, they tend to lose themselves sometimes in becoming Mr. and Mrs. to the point where they’re suffocating each other and it can actually lead to resentment.

You two simply just need to find a balance between spending time together and maintaining your own independent social lives. If the husband enjoys golf, let him go play golf with his friends. If the wife enjoys hosting girls nights at the house, let her and her friends take over the living room for a few hours to have girl talk… that’s an excuse for the husband to leave the house! It’s all about a healthy balance.

It’s perfectly normal for you and your spouse to not agree on everything but when the arguments become more and more frequent, that’s when it may be time to seek marriage counseling. Now, the great thing about marriage counseling is that it can be done in-person or online, and there is no shame in seeking help.

Pride and the “blame game” can be a nasty element in marriage but when one spouse is always the one apologizing or compromising just to keep the peace, that’s not fair at all. Don’t worry about what it will mean if you consider marriage counseling, the important thing is that you realize your marriage has issues and you want to fix them.

When It’s Time to “Throw in the Towel”

Now, if you’ve gotten to the bottom of what your marital issues are, and tried to work on them by spicing up the marriage, incorporating more individual time to yourselves, and took marital counseling sessions, then as sad as it may be to say, you may just need to seek legal support to get you through difficult times as this.

It may be a difficult decision to come to, especially if kids are involved, but you have to come to the realization that sometimes marriages don’t always work and you both deserve a chance at happiness so divorce isn’t always a bad thing… it can also be looked at as a new start.