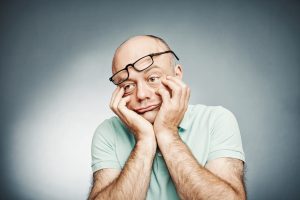 Sleep is important for both mental and physical health, that much is commonly known. There are a number of disorders that affect sleep, however, such as sleep apnea, which affects 18 million Americans. This disorder can interfere with the body’s ability to rest, and leave one feeling tired and depressed.

Not only that, but recent studies have shown that there is a link between sleep deprivation and weight gain. One new study shows that getting less than 7 hours of sleep can actually be one of the factors leading to obesity and other weight related illnesses.

The study from the University of Leeds in England states that missing out on a full night’s sleep consistently may be a contributing factor to obesity. The study involved more than 1,600 adult’s sleeping and eating patterns being monitored, as well as their weight, waist circumference, and blood pressure.

The study revealed that those that reported less than seven hours of sleep have larger waists than those who get more sleep. The difference between the two was an average of three centimeters when measured.

“Because we found that adults who reported sleeping less than their peers were more likely to be overweight or obese, our findings highlight the importance of getting enough sleep,” said Dr. Laura Haride, lead researcher, via the University of Leeds. “How much sleep we need differs between people, but the current consensus is that seven to nine hours is best for most adults.”

Those that slept less also had less good cholesterol present in their bodies, which is one of the key factors in losing weight and removing body fat.

“The number of people with obesity worldwide has more than doubled since 1980,” said Greg Potter, a researcher on the study. “Obesity contributes to the development of many diseases, most notably type 2 diabetes. Understanding why people gain weight has crucial implications for public health.”

The study also appears to contradict earlier research that showed that getting too much sleep, as in nine or more hours, might have a similar impact as too little. The study by the University of Leeds showed that the BMI and waist circumference was the lowest for people that got 12 hours of sleep.