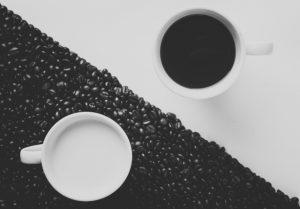 Without even knowing it, our language is wiring our children towards racial bias. One of the most frequently invoked tools in the English language is the one that enables us to indicate our subjective opinion of a thing or situation simply by attaching to it the words “black” (for bad) and “white” (for good), as in the expressions black list, black spot, black mark, black mail, black arts, and white list, white knight, white hope, white magic, white lies. There are, of course, many more such expressions; in fact, the number is, in principle, unlimited, because, as we have seen, the logic of the language allows us to create any number of such “black” and “white” things or situations as our judgement inclines us, I suggest to Click Here to learn proper use of a language.

But, have we ever sat down to reflect on the broader implications of this “blackness of bad/whiteness of good” narrative that is so integral to our thought processes and how we use the English language? If we did, the first thing we would probably notice is that the terms “black” and “white” in this context are not descriptive, that is to say, they have nothing to do with the actual color of the thing they are attached to; they are being used figuratively, and so do not necessarily identify those things. Thus, a “black spot” may exist on a snowy Swiss mountain, while a “white knight” may actually be a black person. This leads us to the conclusion that it is the terms “black” and “white” that respectively confer on these expressions their quality of “bad” and “good”. If this is so, we very quickly find ourselves in the unfortunate situation where the mind becomes subconsciously conditioned to equating “black” with “bad’ and “white” with “good”.

Consider the fact that this narrative is inculcated in people from the earliest childhood, and surrounds them in everyday speech for their lifetime and it becomes difficult to see how they would not have acquired, willingly or not, a mindset that, consciously or subconsciously, prefers and favors “white” things over “black” ones, including, people, too. The danger inherent in the narrative, thus, is that, given the way the mind works, the negative associations and connotations that we have seen attaching to “black” things will inevitably surface when we think of black people or a black person – even if we quickly dismiss them.

The consequences of this racial bias mindset can, indeed, be seen in everyday life, manifesting, for example, in the well-documented differing treatment of black and white people by law enforcement officials – the very catalyst for the Black Lives Matter movement. It can also be seen in the much-discussed self-esteem problem of many black people, as well as in the heavy slanting of the idea of “beauty” towards the white woman, both of which situations may motivate such unsavory practices as skin-bleaching. Most importantly, however, the mindset issue may, arguably, explain the stubborn persistence of the race problem despite decades of efforts to eradicate it. No progress of a fundamental nature can be made on the race issue until the “blackness of bad/ whiteness of good” narrative, including its related mindset, has been eliminated. Parents: that would be the best way to avoid teaching your kids, albeit inadvertently, clichés that only serve to perpetuate the racial bias mindset that is, in fact, the problem!

Dr. Agwu Okali’s is the author of, Of Black Servitude Without Slavery: The Unspoken Politics Of The English Language, proposing solutions to the problem of race rooted in the English language. Reprinted with permission. Photo by PICSELI on Unsplash