Joint custody is a court order whereby custody of a child is awarded to both parents. Unfortunately, even in cases where joint custody seems like a viable and fair option, it’s not always the case. Children will typically spend 277 days out of the year with the custodial parent following a divorce, meaning the non-custodial parent — usually the father — only gets around 88 days a year with their children. 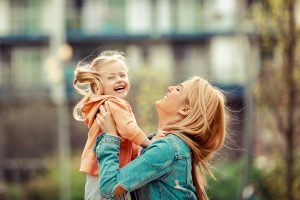 Across the country, a discussion is being had and gaining serious momentum to impose presumption granting parents joint custody following a divorce. With approximately 827,000 divorces happening annually and almost one divorce every 36 seconds, there is a lot of discussion about the best way to approach custody.

According to News Channel 5 Nashville, a group of Tennessee fathers are fighting for a newly proposed bill in support of joint custody.

“Shared parenting is where we should start,” said Senator Mike Bell (R-Riceville), who, alongside Representative Johnny Shaw (D-Bolivar) has proposed a legislature that would establish a presumption for joint custody or shared parenting in case of a divorce or annulment. “If the judge decides it’s in the best of interest of the child to go 100% one way or 100% in the other, the judge still has discretion to do that with the bill.”

The Tennessee Fathers’ Rights Movement noted that the bill does not mean an exact 50-50 joint parenting situation, but since the courts have historically favored mothers in custody battles, it’s a great step for deserving fathers.

“The purpose of it is to level the playing field for fathers seeking to spend more time with their children,” added Walter Richardson of The Tennessee Fathers’ Rights Movement. “We genuinely want children to not be caught in the middle of these highly contested disputes that can last for years.”

Similarly, WIBW reports that Senate Bill 157 would impose a presumption that it’s in the best interest of the child for fit, willing, and able parents to have temporary joint custody and share equally in parenting time and responsibilities.

No further action has been announced on this Kansas-based bill.

In a recent Researchscape International survey, 89% of respondents stated that they “feel that fit and willing mothers and fathers should share in the responsibility of raising and providing for children whether they are married, divorced, or not.”

Almost 50% of American marriages end in divorce. This bill could prove to make raising children through divorce more amicable and beneficial to child development.