The Federal Trade Commission today announced the results of a study on food marketing to children and adolescents. The report, Marketing Food to Children and Adolescents: A Review of Industry Expenditures, Activities, and Self-Regulation, finds that 44 major food and beverage marketers spent $1.6 billion to promote their products to children under 12 and adolescents ages 12 to 17 in the United States in 2006. The report finds that the landscape of food advertising to youth is dominated by integrated advertising campaigns that combine traditional media, such as television, with previously unmeasured forms of marketing, such as packaging, in-store advertising, sweepstakes, and Internet. These campaigns often involve cross-promotion with a new movie or popular television program. .Analyzing this data, the report calls for all food companies “to adopt and adhere to meaningful, nutrition-based standards for marketing their products to children under 12.”

It doesn’t say how much revenue they got for the $1.6 Billion.

And we find on the Center for Disease Prevention and Control (CDC), obesity trends in the US that are alarming. Look at the stats for 1985: 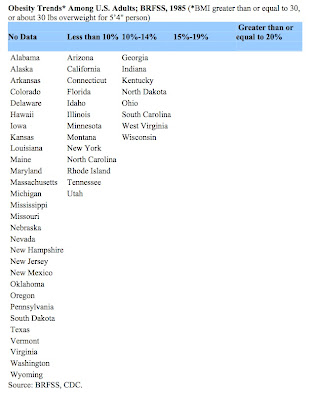 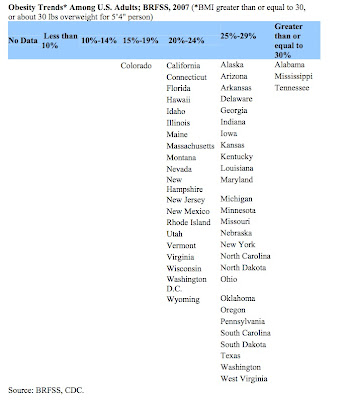 Staggering.
From Food Marketing to Children: from the National Academy of Sciences:

Given the findings from the systematic evidence review of the influence of marketing on the precursors of diet, and given the evidence from content analyses that the preponderance of television food and beverage advertising relevant to children and youth promotes high-calorie and low-nutrient products, it can be concluded that television advertising influences children to prefer and request high-calorie and low-nutrient foods and beverages.

Ummm… I wonder if there’s a connection.