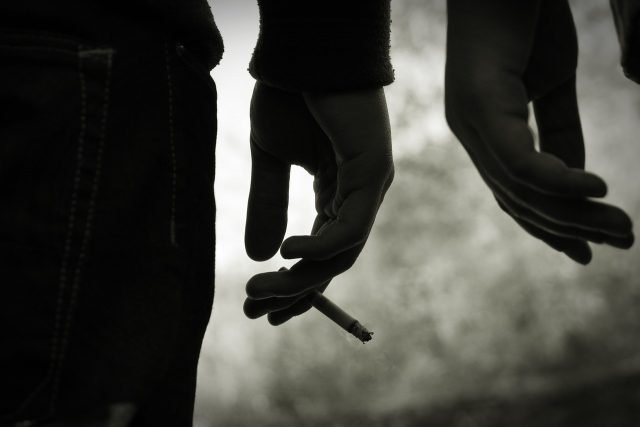 As a father, the goal is to keep your children safe. But what happens when that harm arises from their own choice to experiment with drugs? As a child reaches teenage years, communication gets harder and the risks become greater. This is why it is important to talk to teens about alcohol and drugs early. Instill an understanding of the harmful effects of these substances early on to help them down the road.

Millions of teens will try alcohol, tobacco, or marijuana each year. Most of them will do it without telling their parents. Most won’t become addicted. Some might and the consequences can be insurmountable. If you are in this situation, you are not alone. Many services out there offer help with these struggles, even going as far as co-occurring addiction treatment for teens suffering from mental illness and drug/alcohol abuse.

In order to help keep your child from becoming a statistic, you should learn about them and why teens decide to use drugs or consume alcohol. Often it is a form of rebellion as they question life lessons from parents. The media, internet, and friends become heavy influencers on their choices. Approaches like “just say no” tend to be ineffective. Instead, teens need solid reasons to avoid these substances. This is where open and honest conversations become critical.

Over the past five decades, the typical substances abused by teens have remained the same. Alcohol ranks near the top of the list every year. Marijuana and tobacco follow closely.

In the past few years, more developments have presented more temptations. These new risks include alcoholic energy drinks, synthetic marijuana, and electronic cigarettes. The youth population is also dabbling in anti-anxiety drugs, prescription pain medications, and ADHD medications. Surprisingly, less than one percent of teens will report using crystal meth, heroin, or cocaine on a regular basis.

Since 1998, there has been a yearly decrease in the number of high school students trying cigarettes. In 2016, that number reached an all-time low.

How do Drugs Affect Teens?

Since the brain isn’t fully developed at such a young age, the effect these substances have tends to be different. In addition to the normal side effects, teens are vulnerable to a variety of other risks as well.

Side effects of alcohol, marijuana, cigarettes, and other stimulants include:

Special Effects on the Brain

Teenagers are curious and seek new experiences. They are constantly developing, which makes the brain particularly susceptible to addictive substances. The decision-making areas are not fully developed, which leads them to act on emotions or impulse more frequently.

Teens seek dopamine, a chemical that makes us feel happy. It is a reward for certain behaviors, like socializing, sports, or other enjoyable undertakings. All drugs overload that system and cause a huge release of dopamine, so the brain thinks this is a positive thing.

Some of the reasons teens try these substances in the first place include:

The desire to keep kids’ safe means attempting to prevent substance abuse from happening in the first place. Research shows parents are the most influential people in a child’s life, whether they want to admit that or not. Prevention can stem from setting a positive example as teens will mimic what they see.

Relationships are typically delicate in the teen years. You want to be involved, but have to balance it to prevent being shut out completely. Teens will make the choice for themselves, but there are ways you can help them make the right choice.

Instead of trying to tell a teen what to do, talk it out with them. Don’t treat it as a lecture. By letting them give input they can walk away feeling seen and heard and may even come to you with questions in the future.

These days it is highly likely drug or alcohol abuse is linked to a co-occurring disorder. Around two-thirds of teens who abuse substances also demonstrate mental health problems. This increases their chance for addiction.

Co-occurring disorders to look for include:

Drug or alcohol abuse might be an attempt to self-medicate as your teen navigates one of these mental health issues.

At the end of the day, this is your child. Whether you agree with their decisions or not, supporting them as they navigate these decisions will be critical to their future success. Build the foundation for a trusting, open relationship early on and you will find these conversations will be easier and more productive in the long run.