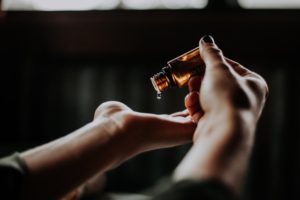 Cannabidiol oil (CBD) is one among the cannabinoids extracted from cannabis. It is a chemical naturally found in Marijuana plants. Companies like eco equity help to cultivate the crop and export it for scientific and medical purposes. CBD is unique in that it does not bring about the “high” effect brought about by another cannabinoid called Tetrahydrocannabinol THC, but instead has various health benefits. Among these health benefits include;

One of the CBD oil health benefits is anxiety relief. Cannabis is popularly known for causing a certain kind of intoxication and addiction. This effect is caused by another chemical called THC. CBD, on the other hand, has a soothing and calming effect on the body and mind. CBD oil is related to endocannabinoid system that is responsible for the management of anxiety, fear and stress response as well as regulating human behavior which is linked with response to internal and external stressors.

CBD oil naturally relieves pain. There is strong evidence in various studies that show the ability of cannabinoids to manage pain. The cannabinoids inhibit neuronal transmission that are in pain pathways thus alleviating pain in the human body. In a 2012 study carried out in rodents, the Journal of Experimental Medicine reported that CBD was seen to suppress chronic inflammatory as well as neuropathic pain in the study subjects. The chemicals never caused any analgesic tolerance. Scientists, after these studies say that the CBD oil together with some other non-psychoactive elements could be therapeutic especially in the management of chronic pain.

There is nothing hard as an addict smoker quitting this dangerous habit without serious withdrawal effects. There is some good news for smokers as well as drug users. Researchers have some evidence that CBD oil may actually assist smokers quit smoking. A pilot study that was published in Addictive Behaviors among chronic smokers indicated that smokers had reduced craving for nicotine and smoked fewer cigarettes after using an inhaler with CBD. The study also found that the oil reduced symptoms such pain and insomnia in drug abusers. These are steps in a positive direction as studies show that CBD may be used entirely to help treat withdrawal effects.

Cancer has been a killer disease for a very long time. Treatment and management of cancer is usually very expensive and traumatic. Scientists have good news though as CBD has been found to be an anti-cancer agent. A review in the British Journal of Clinical Pharmacology states that CBD has elements that seem to inhibit cancer cells’ growth thus preventing them from spreading in the host’s body. The compound according to this review suppresses the multiplication of cancer cells and even kills them. Researchers’ claim that this chemical could help a great deal as it has very low levels of toxicity.

There are studies indicating that CBD could treat epilepsy, though they are still at the infant stage. Researchers are working hard to see how this oil can reduce seizures in patients with epilepsy, while minimizing any possible side effects.

Photo by Christin Hume on Unsplash