The number of men who don’t shave is actually up across all age groups, now standing at 20%. There are plenty of reasons why more men are putting their razors down; beards are actually viewed as fashion accessories nowadays, it’s easier to not shave than it is to shave, and some people are even attracted to nice, strong beards. During November, however, there is a much better reason to not shave: raise money for cancer and spread awareness. 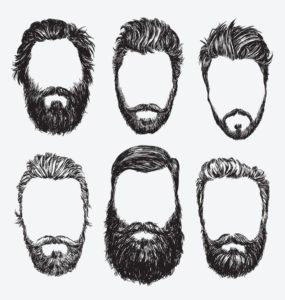 No Shave November is a month-long journey when participants, either as individuals or part of an organization, forgo shaving in order to evoke conversation about male healthcare, raise cancer awareness, and earn money for treatments and research.

Though everyone fro high school seniors growing patchy mustaches to professional athletes will full bears are encouraged to participate in the charitable month-long event, American law enforcement agencies, a group that has historically been clean-shaven, have done the same all November long.

According to KALB, several officers from the Rapides Parish Sheriff’s Office in Louisiana have grown full beards in support of one of their own: Rapides Parish School Resource Officer Brett Bolin. Bolin, who was diagnosed with stage four rectal cancer in 2015, has become an advocate for the cause.

“The kids at school, plus my family and fellow officers have really helped me stay motivated to keep going,” he said.

The Rapides Parish Sheriff’s Office has collected more than $1,600 in donations to help patients going through cancer treatments.

According to WHAV, Haverhill Police Department in Massachusetts are raising money for pancreatic cancer throughout the month, as well.

From November 1st through the 30th, officers joined men at Haverhill District Court to put down their razors and grooming tools and instead donate their hair-maintenance expenses to charity.

Across the country, as of November 27, $1.2 million has been raised throughout No Shave November.