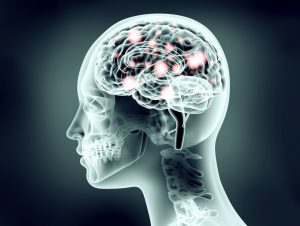 In today’s day and age, there always seems to be an app for everything and anything you may need — an app for hailing a cab, an app for finding inspiration for dinner, and an app that can connect you with friends and family from around the world.

The same idea is being transferred over to computer games. A new game has hit the market that is shown to improve the memory of patients who are at risk for developing Alzheimer’s disease and/or are suffering from early-stage dementia.

Alzheimer’s disease is an epidemic across the world, and according to the World Health Organization, 47.5 million people were diagnosed with this debilitating memory loss condition. On top of that, Alzheimer’s disease accounts for up to 80% of dementia diagnoses, and that number is expected to rise by doctors worldwide as our life expectancy grows and society gets older.

So, as a way to prevent this epidemic from spreading as much as scientists feasibly can, researchers have created a game-show-esque game that is meant to improve patients’ memory and prevent dramatic cognitive decline.

George Savulich is the head researcher at Cambridge University and was the brain behind the development of this game. The game is focused on memory retention, and Savulich found that those who participated in the game experienced a 40% improvement in their memory scores after a month. Additionally, the participants who played the game every day were able to better retain complex visual information than those who didn’t.

Unfortunately, Alzheimer’s disease is incurable, but there are a few drugs that can help to alleviate the symptoms including memory loss, behavior, spatial skills, and the inability to complete everyday tasks. However, Savulich believes that these computer games, while they cannot cure symptoms, may really work wonders to stop Alzheimer’s from progressing.

Savulich published these positive findings in the International Journal of Neuropsychopharmacology. He hopes that they are positive enough to lead to further trials surrounding computer games and their impact on the brain’s cognitive function.

Tara Spires-Jones of the University of Edinburgh explains to the Independent this sentiment by saying:

“While this type of brain training will not ultimately be able to prevent or cure memory diseases like dementia, (it is) a promising way to improve early memory symptoms of the disease.”