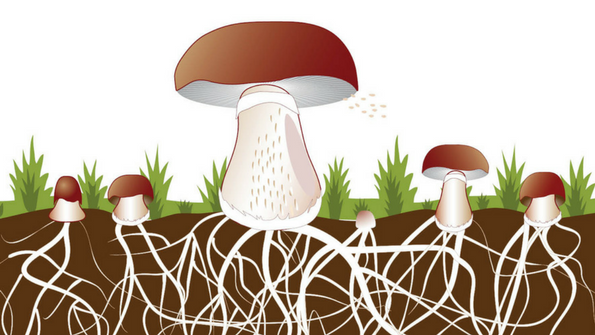 Neither fish nor fowl, not animal nor even technically a plant, mushrooms occupy a nether-region of life, with tantalizing health benefits such as better athletic performance and even, perhaps, an answer to cancer.

Mushrooms are much more than just stir-fry fodder. Mushroom compounds called polysaccharides have been studied for decades for improving immunity. Beta-glucans in mushrooms have been proposed to act as “biological response modifiers,” based on their effects on the immune system. This means that they don’t so much stimulate the immune system as they simply make it work better.

Want more mushroom magic? A few years ago a friendly competition ensued among biologists over what was the world’s largest living organism. The whale lost to the sequoia, but then it was noted that a Colorado aspen grove was larger because the trees’ roots were all connected. And then an even larger acreage of an Oregon mushroom patch was found to be genetically identical. Winner!

Even though it seems as if mushrooms are only the above-ground fruiting bodies, the below-ground, root-like wisps of mushrooms’ mycelium are—similar to aspens—interconnected. And they can live on for decades and even centuries. What’s more is that there seems to be communication and budding nutrition benefits going on down there.

Some mushroom-supplement makers tout the mycelium as being more beneficial than just the fruiting bodies, in the way that broccoli sprouts have more health-promoting nutrients than do the broccoli flower and stalk.

“The root-like mycelium has a greater range of supportive compounds as compared to a fruit body,” says Gina Rivers-Contla, national science educator at Host Defense Mushrooms. “The PubMed database houses over 10,000 studies that have been conducted over 60 years into the amazing and novel potential of mushroom mycelium.”

The compelling research around mushrooms and cancer has spurred interest in the “fungus among us” for everyday immune health. Mushrooms are even expanding into sports and performance, as well as general constitution-building nutrition. The mushroom mycelium is usually—but not always—the component used in supplements.

Here are a few of our favorite ’shrooms with potential health benefits backed by research: 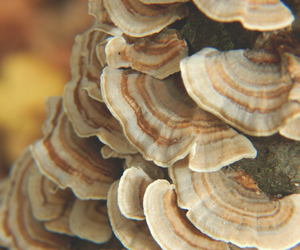 Cordyceps supports respiration, oxygen delivery and ATP synthesis for energy creation. It became famous in 1993 when Chinese runners won world championships and attributed their performance, in part, to cordyceps. One study showed 600 mg per day of cordyceps, combined with fellow adaptogen rhodiola at 1,400 mg per day, improved aerobic performance when training at altitude.

Lion’s mane is considered the “brain mushroom” because studies show it stimulates the creation of nerve growth factor, which keeps neurons ticking away upstairs and may inhibit the Alzheimer’s disease process.

Reishi is known in Traditional Chinese Medicine as the “mushroom of immortality.” Besides being a masterful tonic, reishi has been found to improve immune function among patients with late-stage cancer. Also, a 2017 study found when healthy people took 225 mg of reishi per day for six months, it acted as a substantial antioxidant with healthy liver effects.

Turkey tail is another immune-enhancer, thanks to the presence of beta-glucans. The National Institutes of Health and the FDA have been funding clinical trials of turkey tail to help with conventional cancer treatments. Six grams per day improved various markers of immune function. 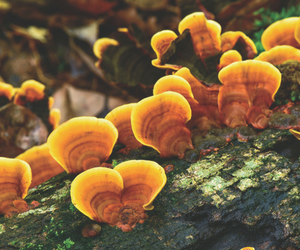 Maitake contains beta-glucans for immune health. In fact, it might be the king of immunity—and not just in the mushroom set. It has been examined in breast cancer lab studies and seems to kill cancer cells by inducing apoptosis, or programmed cell death. In a published study of six individuals with various forms of cancer who were treated with maitake D-fraction, along with standard care, improvements were seen at doses ranging from 50–150 mg per day.