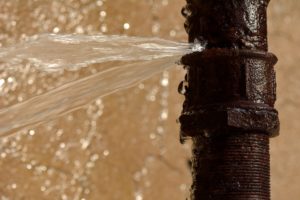 Almost a year and a half after lead was found in Newark’s drinking water, the city’s officials have yet to get the water crisis under control. According to claims made by the Natural Resources Defense Council, the city has downplayed the levels of lead in the neighborhood.

New evidence has revealed that over one-fifth of the samples tested throughout the city contained lead levels exceeding five parts per billion. The widespread lead exposure and federal response to the issue has led some to call Newark the new Flint, MI.

While these numbers do not meet the federal threshold, no amount of lead exposure is healthy for developing children.

Calls for a new federal standard hope to make the acceptable level far below five parts per billion.

“To hand wave and say there’s no problem when there are numbers above the federal threshold, and when they haven’t taken a recent hard look at how the corrosion control is working, is inappropriate and deeply concerning,” said Erik Olson, a senior director for the Natural Resources Defense Council.

In response, the city has distributed almost 40,000 water filters to affected areas and has been working since 2017 to outfit Newark with new pipes. It’s estimated that the United States has more than 500,000 miles of sewer pipes and lines that exceed 30 years old.

But the U.S. isn’t the only country that has been struggling with water security. South Africa’s is experiencing a water shortage as dam levels in Cape Town declined by more than 1% in only a week’s time.

Cape Town residents are experiencing a Level 3 restriction on water use. Those who use less than 6,000 liters each month will pay 35.5% less than those who use more.

This restriction is expected to continue thanks to uncertain rainfall in 2019 and 2020. If droughts continue, however, sudden rainfall can result in soil erosion and flash floods which can further damage in water insecure areas.

Water insecurity takes many shapes and forms, but the need for innovation is crucial when it comes to sustaining the increasing world population.

Right now, it’s estimated that more than 844 million people across the globe do not have access to clean, potable water. On top of that, countless agricultural businesses, industrial processes, and power plants rely on fresh water to sustain their industries. While your lawn may need only half a gallon of water per square foot, the agricultural business relies on far more to sustain the world’s population.

The two largest issues that contribute to water insecurity are maintaining current supplies of water, like in South Africa, and managing the contaminants that make our supplies undrinkable, such as Newark.

It may seem like we have a near-endless amount of water, especially in the United States where water is linked to our faucets, bathtubs, toilets, and more. After all, the earth is 71% water.

But the majority of this water is undrinkable or unattainable because of the high salt content. And the cost to convert salt water into potable water is astronomical compared to the cost of mining water from underground aquifers or utilizing our freshwater lakes and rivers.

In order to maintain the current water supplies we have available to large populations, cities and countries have gotten clever when forming solutions.

While dams have worked for some parts of the world, South Africa’s example has shown just how fickle these sources can be. In other parts of the world, technological innovations have developed clever ways to convert moisture from the air into drinkable water. The Atmos Blue firm from Brisbane is able to use this machine in order to produce between 250 and 10,000 liters of clean water each day.

In regard to managing contaminants in our water, the use of filters have become more and more prominent. These filters can reduce the lead content in water, like in Newark, but larger filters also work to stop debris from getting into our water supplies. It’s estimated that plastic bags make up over 10% of the debris and pollutants that wind up on U.S. coastline alone. But new innovations that measure water quality have also improved.

For example, Berekely has developed a machine, known as the PhyloChip, that can detect and measure more than 60,000 types of bacteria and archaea. This helps manage our water systems from the start.

New technological innovations are more important than ever, especially since our population is only expected to grow. By 2050, the world’s population is expected to grow by more than three billion, making water security more important than ever. For now, managing our sustainability efforts and contaminants is all we can do to keep our head above water.