If you’ve spent any time on the internet lately — or reading magazines, or watching television — you have probably heard about CBD oil, at least in passing. Maybe you think it sounds like a new-age phenomenon such as acupuncture or homeopathy, or something that reckless college kids are into, like kratom or vaping. 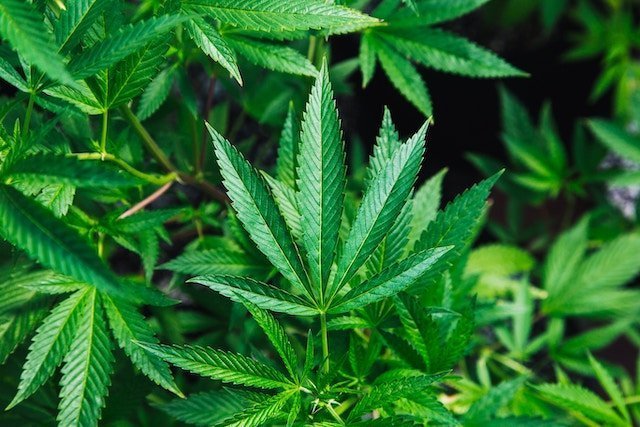 There’s also a wealth of evidence — both scientific and anecdotal — that CBD oil can help treat illnesses and diseases in animals. “For dogs, cats, and even horses who are suffering from degenerative joint diseases, skin conditions, and even separation anxiety, CBD oil can be a real boon,” say the experts at CannaBiDog, a company that specializes in canine CBD therapy.

In fact, there has been a tremendous amount of scientific attention paid to CBD oil over the last few years. As such, more and more evidence is surfacing that this substance could be helpful for a huge variety of emotional and physical health issues. Curious to know if CBD oil could merit a place in your medicine cabinet? Read on to learn all about it.

Let’s address the elephant in the room right away. CBD oil and marijuana are both sourced from cannabis, and they both act on the body’s endocannabinoid system — but those actions are very different. Marijuana contains THC, a psychoactive compound that produces the “high” typically associated with that drug. CBD has no psychoactive effects, is not addictive, and generally will not cause adverse effects.

What Does It Do?

Next, a quick primer on the physiology involved in CBD oil. The endocannabinoid system has one job: to promote homeostasis, or balance. There are cannabinoid receptors found all throughout the body: in the nervous system, immune system, reproductive system, and digestive system. That means they help regulate inflammation, mitochondrial action, metabolism, and neurotransmitters, among other functions.

Because of the widespread presence in our bodies of cannabinoid receptors, CBD oil has been shown to be effective on a huge range of issues — everything from anxiety and depression to seizures and autism. It may sound too good to be true, like so many other panaceas. Let’s turn now to look at some scientific studies and findings.

As a parent, you know there’s nothing worse than seeing your child in pain and being unable to alleviate it. Whether that pain is from cancer, a degenerative disease, or some other chronic problem, it appears that CBD oil may provide some relief.

One study, published in the European Journal of Pain, treated arthritic rats with a topical gel containing CBD. After a four-day course of treatment, there were significant decreases in the rats’ inflammation levels and the signs of pain they showed.

Another study, this one published in the Journal of Experimental Medicine, found similar results in human subjects. It appears that CBD oil inhibits the transmission of neuronal signals through pain pathways. It can also induce T-regulatory cells to slow or stop autoimmune function, which means that patients with chronic pain from diseases such as lupus, Crohn’s, and Multiple Sclerosis could be in for some very good news.

Moreover, researchers have discovered that there’s a low likelihood of developing tolerance to CBD, which is one of the biggest problems with opioid pain medications.

Mood disorders and insomnia, like chronic pain, are notoriously difficult to treat effectively. The process of identifying which medications will work for a particular patient is a long and experimental one. Too, many patients do not relish the idea of being on pharmaceutical drugs for the remainder of their life, and would like a more natural solution.

Enter CBD oil. CBD works directly on the brain receptors 5HT1A (serotonin) and GABA (an inhibitory neurotransmitter), and therefore offers an anxiolytic, or anti-anxiety, effect. It may also offer antipsychotic effects in patients with schizophrenia — another mental illness that is tricky to treat.

Much of the existing research has centered around treating acute instances of generalized anxiety disorder, panic disorder, social anxiety disorder, obsessive–compulsive disorder, and post-traumatic stress disorder. Treatment for chronic anxiety, depression, and insomnia still requires more research; however, there is plenty of anecdotal evidence pointing to the efficacy of CBD oil.

Charlotte’s Web: Where It All Began

You may have heard about Charlotte Figi, whose dramatic story of recovery has helped shine the public spotlight on CBD oil. Diagnosed with a rare, specific, and often drug-resistant form of epilepsy known as Dravet syndrome, Figi was wheelchair-bound by age 3 and suffering some 300 grand mal seizures each week by the age of 5.

After being dosed with a medicinal strain of cannabis oil, Charlotte literally stopped seizing for one full week. Her condition has improved by leaps and bounds since then, with her grateful parents — as well as thousands like them across the globe — considering CBD oil nothing short of miraculous.

Just last year, the U.S. Food and Drug Administration (FDA) approved a drug called Epidiolex, comprised of one particular form of CBD, for the treatment of both Dravet syndrome and a similar form of epilepsy called Lennox-Gastaut syndrome.

The Tip of the CBD Iceberg

These developments, as exciting as they are, only represent a small part of the total picture of CBD oil. There are numerous ongoing studies into CBD’s promising effects on substance abuse and addiction, Alzheimer’s and other forms of dementia, acne, type 1 diabetes, and cancer.

So, is CBD oil right for your family? Naturally, you will have to do your own research, and make your own decisions. However, many parents think that it’s at least worth a try — especially since CBD oil doesn’t have a lot of harmful or even unpleasant side effects.

Have you tried CBD oil? Would you consider using it on your children or pets? Let us know what you think in the comments!