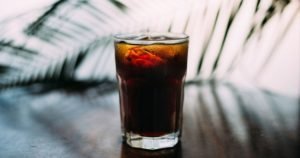 Pepsi may have recently solidified its stance as a favorite of consumers and a winner of lawsuits, but that doesn’t necessarily mean your family should keep this soda in the house.

Nearly one in four Americans choose to eat at least one piece of candy every single day. But plenty of us like to drink our sugar, as well. Although overall soda consumption has been on the decline in the United States during the past 10 years, many American families choose to stock their fridges with bubbly, sugar-laden beverages.

What’s more, these brands aren’t going anywhere. While Coca-Cola is actually thriving more than ever, PepsiCo recently triumphed in court after being accused of stealing trade secrets in order to win a patent pertaining to flavor-enhancing bottle technology. U.S. trade secret filings increased from at least 930 in 2016 to 1,134 in 2017, meaning that these allegations are on the rise. Still, the big brand beat the claim when the alleged victim failed to prove causation or damages.

That said, consuming beverages like Pepsi could cause your family some damage. Not only are 54% of U.S. adults trying to lose weight, but limiting sugar consumption can be an essential part of improving one’s health, too. Since one in six deaths in the United States can be attributed to heart disease, cutting out beverages with high sugar contents — including everything from soda to 100% fruit juice— can be a pivotal part of prioritizing one’s well-being. Excessive sugar consumption can also cause result in tooth decay, which is a problem that affects both parents and kids.

Instead of purchasing sodas (even diet ones) and juices to keep in the fridge, naturally flavored waters, unsweetened milks and plant-based milks, and coconut water can make great alternatives. While coconut water does contain some sugar and calories, the nutrients it provides are ideal for children’s growing bodies (and adults will like it, too). Some homemade smoothies can be okay, though it’s typically more beneficial to eat the whole fruits and vegetables when possible. Low-sodium tomato juice can be healthy, but sports drinks aren’t. In general, as natural as you can go with your beverages, the better off your family will be. Remember: even changes as simple as engaging in 10 minutes of physical activity per day can help you live longer.

It can be difficult to curb these habits, but it all starts with your example at the grocery store. Although big brand sodas won’t disappear from store shelves anytime soon, they can disappear from your home with your help. And as a result, you and your family will feel all the better for it.