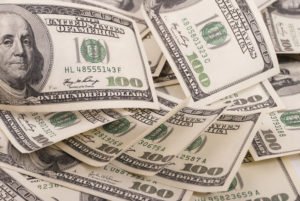 We live in a world that’s rife with wealth disparities. Some are more subtle, while others are starkly apparent. Protests, debates, and a frothing sea of socio-political ire propagate discussions of the imbalance of wealth around the world. What about those wealth disparities in your community? What do they say to you, if anything at all? What might be the repercussions if, say, those known disparities were flaunted (or presumed to be flaunted) rather than left to be known quietly under the surface?

There are more than one billion bicycles on earth, about twice the amount as there are cars. Across the planet, it’s a popular mode of transportation, especially among children who aren’t old enough to drive. While the majority of children attending a school China were riding bicycles, taking public transportation, or being dropped off by their parents, one student’s father dropped him off in his Ferrari 488. This caused all sorts of problems in the school community and, eventually, the father was ostracized socially.

Known only by his surname, Li, the Ferrari owner is an executive at a property development company in China. He reportedly makes more than $500,000 per year and his insistence on driving his son to school in a car that costs around half a million dollars made parents of the other students upset. Even a teacher got involved and told Li that other parents had complained about the vehicle. The teacher also suggested that it might lead students to make wealth and class comparisons amongst themselves, which wouldn’t be conducive to fostering a healthy learning environment.

While a staggering 75% of cars on the road are in need repairs and this father is out whipping his kid to school in a Ferrari, the underlying wealth contrast got people angry. The other parents rallied behind this teacher’s suggestion and began to accost Li via school class chat app WeChat. Imagine all the parents in your child’s class being in a big group chat moderated by the teacher.

Both angry about the car and what the car represents, parents began to lay into him about how it’s not polite to flaunt his wealth.

“If it’s just dropping the kid at school, can’t you just use a regular car? You are not short of money anyway,” one person said.

A hardworking man who wants to provide the best he can for his son, Li stood his ground and defended himself against this group of parents:

“If [seeing others] driving a racing car hurts feelings, your children are too sensitive. Besides, why should I buy another car just to serve your needs?”

The opinions of the group prevailed and he found himself kicked out of the WeChat group. This event went viral in China and has had people in lively debates about rampant wealth disparity present in the country, some defending Li and others defending the group that ostracized him.

The majority (89%) of school principals believe in making a personal effort to boost school spirit, and this seems like a missed opportunity for a teachable moment. Instead, it has resulted in a dispute that is still permeating social media around the country. Rather than the ire of parents that inevitably spills into their young children, it could have been made into a lesson that speaks on larger societal issues that students will face once they leave the schoolyard.