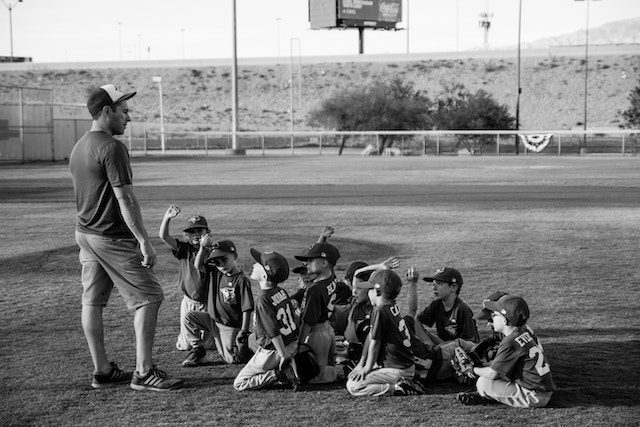 When you’re a little league coach, your most important responsibility is making sure your team learn and understands the game but are having fun while doing it. Of course, you want your team to win but when they’re in little league at a very young age, you have to find that balance between encouraging them to have fun but also putting that drive to win in them without pushing too hard. This is especially important if you’re a dad coaching the team your child plays on.

When making the decision to coach a team that your own child plays on, there are actually quite a few considerations to think about. You’ll want to ask yourself:

Those are just some questions to ask yourself and really think about what the answers are to them because it will be a completely different role change for you and your child. The role you have as being a supportive parent varies greatly than that of being a coach to a team of children that includes your own child. If you’re a dad that is seriously considering starting your own little league team that will involve your own child being part of, here are some coaching strategies you need to consider.

When it comes to Major League Baseball, it’s not uncommon to see the coaches yelling at the players when the game gets intense. You might catch them using swear words, kicking the dirt, and they sometimes even get kicked out. Some coaches use their anger and frustration as a motivation mechanism to get their players fired up and ready to play harder than before to make the coach proud.

With little league baseball, it doesn’t take all of that. If you used those barbaric tactics with 4 and 5-year-olds, they would either cry because you hurt their feelings or they wouldn’t want to play anymore. You don’t have to baby them but you do need to understand that younger kids don’t respond well to yelling and other forms of negative reinforcement. This an especially important coaching strategy to have when your own child gets the scolding on the field and has to endure more of it at home too.

Instead of having the “there’s no crying in baseball” mentality, why not prevent that from even happening. It is this mentality that Youthsportspsychology.com talks about. It talks about how coaches can be bullies in youth sports. Don’t be THAT dad coach that the kids fear. Instead of flying off the handle, consider pulling that player to the side and let them know of their mistake and then encourage them on what to do better the next time.

This is a strategy that can be used on the field and off the field. In the business world, if a manager takes the time out to get to know their team members, their team is more likely to be more productive and successful. That same rule applies to your little league team members. You already know your child so you should have a pretty good idea on how to coach them but as far as the other team players, the only way you will be able to effectively coach them is by getting to know them individually.

Not all kids are the same. As a coach, you want to help the kids reach their full potential so that means understanding the needs and wants of each player. One player might need more encouragement than the others while some of the other team players might want to improve in other areas of the game. Once you know your players, it will make coaching a lot easier for you.

Some coaches will take the safe route with their team and not inspire them to dream big to not be at risk of setting them up for failure or disappointment. Although you may have good intentions in doing that, what good will it be doing the players? As a coach it is your responsibility to help the kids want to be the best they can be and minimizing their dreams is the last thing you want to do.

Take them to a college or MLB baseball game as encouragement, showing them that each of those players started out where they are and that if they can make it big like that, they can too! To celebrate wins, you can even throw the team a sports party. In this situation, it would be a baseball party. You can have baseball decorations, watch videos of their games, and have little gifts that represent the team to give each of the players.

Keep This In Mind…

As you know, certain sports aren’t for everyone and that’s okay. Baseball may not be for everyone and it may not be for your child, even though you absolutely love the sport. The important thing to remember with being a dad coach is that they’re kids and if nothing else, you want their memory of you to be a good one, especially from your own kid. Baseball may be the name, but fun is ultimately what you want in the game.