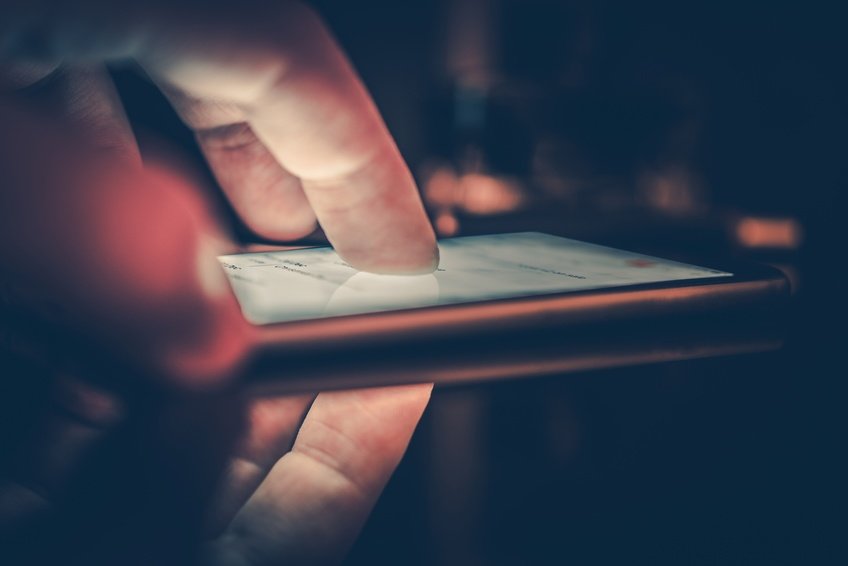 Both personally and professionally, we rely on our phones for just about everything. Our social media presence can help us find a job, for instance, as 93% of recruiters say they look at candidates’ social media profiles. We also use these gadgets and the most popular social networking platforms to keep in touch with those we care about (and even those we feel less emphatic about). But studies and anecdotal evidence have found that our attachment to our devices and our constant need to share and tune in to updates could have pretty drastic consequences on our children and on our family dynamics.

Considering how pervasive cell phones and social media are, it’s no wonder it’s so hard to escape. We use mobile devices regularly at work, of course — from drafting emails in the office to managing inventory, like 67% of warehouses do. We also use them at home for entertainment and convenience. Some may even rely on phone apps and social networking platforms to decide how they’ll spend their spare time. Around 23% of Millennials say that social media has a significant influence on their choice of travel destination, and some of the most avid users will make sure to capture all of their daily activities (assuming they’re worthy enough) on their Instagram and Snapchat accounts.

Many experts are worried about the effects of cell phone use — and social media engagement, in particular — on young children. Data shows that the average age a child obtains a cell phone is around 10 years old, and about half of all children in the U.S. and the U.K. have social media accounts by the time they turn 12. One U.K. study from 2015 found that one in every 10 girls there said they used social networking sites upwards of three hours daily (on school days!). Those who used social media sites that frequently were also found to score higher on a mental health difficulties test. In the U.S., those same results were echoed when a study found that American teens who spent more time online were less happy than teens who pursued other activities, and other studies have found links between social media and increasing rates of depression and anxiety among teenagers.

Recent data from the U.K. backs that notion up too, as one study found that children as young as eight years old feel immense pressure to be connected online on a constant basis. The report also noted that one of the most substantial social media risks for kids is the sheer amount of emotional stress kids endure due to their preoccupation with receiving likes and positive comments on their posts. Another recent report showed that 72% of teens felt the need to immediately respond to notifications on their phone. It’s a harmful cycle that could potentially damage their self-worth and overall mental health, partially due to literal changes in hormone release (i.e., the rush we feel when we see the little bell icon or speech bubble pop up on our feeds).

But kids aren’t the only ones who are obsessed. When the students in a second-grade classroom told their teacher “what they wish never existed,” several students answered that their parents’ phones were their biggest concerns that they wished would disappear.

One child said, “I hate my mom’s phone and I wish she never had one.” Others said, “I don’t like the phone,” “my parents are on their phone every day,” and expressed feelings of resentment towards the time their parents spent on their mobile devices. The post, published by the teacher of that class, went viral on Facebook and generated a lot of thoughtful comments. Overall, parents and teachers noted that the students’ response to their parents’ phone use was eye-opening.

According to James Stever, CEO of Common Sense — a company behind one of the recent studies — mobile devices are changing the way families function.

“Mobile devices are fundamentally changing how families go about day-to-day lives, be it doing homework, driving, or having dinner together. What we’ve discovered is that kids and parents feel addicted to their mobile devices, that it is causing daily conflict in homes, and that families are concerned about the consequences. We also know that problematic media use can negatively affect children’s development and that multitasking can harm learning and performance. As a society, we all have a responsibility to take media use and addiction seriously and make sure parents have the information to help them make smart choices for their families.”

Considering that 80% of internet users are also smartphone owners, it doesn’t look like social media or cell phones will actually disappear anytime soon. But families may want to consider limiting their use to keep from spiraling into true obsession. Aside from prohibiting phones at the dinner table, setting certain “phone-free” times of the day for everyone, and scheduling shared activities where there are no cell phones allowed, you can actually make some changes in your phone itself to remind you to put it down and stop the endless scrolling.

Though it might not seem like downloading a phone app could provide a solution, there’s one called Moment that tracks how much time you spend on your phone on a daily basis. It’s easy to justify the few minutes you spend on Facebook every half hour, but seeing how they add up can make a big difference. Others recommend disabling your notifications, putting your phone on “do not disturb,” or even putting your phone’s display into grayscale mode to make it look less attractive (while still retaining its functionality). And if you currently bring your phone into your bedroom, you should probably stop; it’s most likely affecting your sleep, too.

It’s not always easy to stop engaging on social media or put your phone away. But you might discover that the real world looks a whole lot brighter — and your family feels a whole lot happier — when you do.