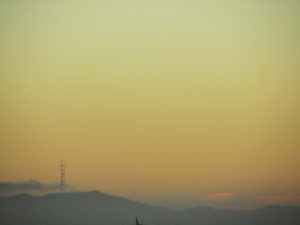 Although there are many ways to monitor the air to look at levels of pollution or for other factors, both using simple physical methods and with complicated electronic devices, there are four main ways to assess the quality of the air.

Remote optical analysis uses spectroscopy – often with the help of custom optical filters – to make real-time measurements of concentrations of various pollutants. The pollutants are measured by their concentrations in a given volume of air, which is often defined by how much of the volume is taken up by the pollutant.

Passive sampling methods offer trustworthy and cost-effective analysis of air quality if the average concentrations of pollution over a period of weeks or months is needed. The samplers are called passive because they don’t involve any pumps to bring the air samples in, instead the air reaches the sampler by simple diffusion.

Diffusion tubes are most often used for this method of air sampling and this results in a lot of useful information about the air around them. They can be used for a number of different pollutants, but are most often used to look at nitrogen dioxide and benzene. These tubes are 71mm in length and have an internal diameter of 11mm. Inside the tubes are two gauzes (stainless steel) which are coated with triethanolamine, a reagent that absorbs nitrogen dioxide and converts it to nitrite compounds. These compounds stay within the steel gauze until they are removed and analyzed at the laboratory.

The sampling tubes are open at one end, and this end is placed downwards to prevent rain or any debris falling on the gauze, affecting the final results. It’s essential that only air from the testing site is collected, so the tubes are sealed before and after the exposure period, before being collected and sent to the lab.

In active sampling, testers use either a physical or a chemical method to collect a sample of air, which is analyzed later in the lab. The usual procedure is that a known volume of air is pumped into a collector, where it passes through either a physical filter or a chemical solution, for a known period of time. Samples can be collected at set intervals and analyzed later; this method gives measurements for short time periods – a snapshot of the air, effectively – and is cheaper than automatic monitoring.

Automatic sampling gives high-resolution, very accurate measurements that can be set for an hour or for a single moment. These methods can look at several pollutants at once, with nitrogen oxides, sulphur dioxide, ozone, particulates, and carbon monoxide being the most common. Once collected, the air samples are analyzed by several methods, including spectroscopy and gas analysis. This method gives real-time information, which is very useful indeed.