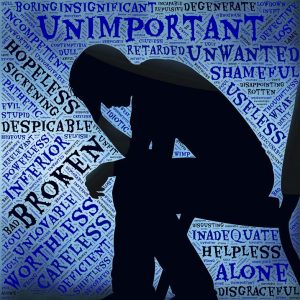 Emma Stone has pledged her support to a campaign that raises awareness about childhood anxiety and other mental health issues. Recent studies have confirmed that higher numbers of Americans are suffering from anxiety and depression, making her decision all the more meaningful.

Anxiety typically develops in children around age six, and it’s something Stone is familiar with. Though poised and professional on the red carpet and on the silver screen, the actress has struggled with anxiety for many years. Stone has even admitted that there have been times where her anxiety made her feel uncomfortable leaving her home.

Now, Stone is using her fame to help young people break out of some stigmas that surround mental illness. She details her experiences with anxiety in a new video from Child Mind Institute.

“It has always been something that I’ve lived with and it flares up in big ways at different times in my life,” she says in the clip, according to People. “While I’m in a phase of big turmoil, it feels like it’s never gonna end — but it does.”

Stone’s role in the Child Mind Institute campaign comes close on the tails of a new study that reveals higher numbers of Americans are currently suffering from stress, depression, and anxiety disorders.

An evaluation of federal health data concluded that an estimated 8.3 million American adults (3.4%) suffer from serious psychological stress. Previous estimates have put the number much closer to 3%, and even less so.

Lead researcher Judith Weissman, a research manager in the department of medicine at NYU Langone Medical Center in New York City, is urging Americans to be aware of these disorders that are on the rise.

Weissman added that the issue is a combination of arguments going on in the healthcare world, as well as lasting economic effects from the Great Recession.

But half of the struggle is recognizing stress and anxiety disorders before they become serious. About 14% of Americans reported their home decor made them feel stressed or gloomy, but that doesn’t necessarily mean they’re suffering from an anxiety disorder.

This is a large factor driving the Child Mind Institute’s campaign with Emma Stone. Her video is one in a larger series designed to help parents and friends know the signs of anxiety and what to do to help a child exhibiting them.